I received my goodies from Persephone Minerals!! It should be my last makeup purchase until mid May. This damn credit card NEEDS TO GO AWAY NOW!

This was my very first Persephone purchase and I am in so much <3 right now. Victoria, the owner, makes some BEAUTIFUL sparkly colours!

So the first group I will show you is the Sailor Senshi Mars collection.

I also did a quick EOTD that kind of sucks because I had maybe 15 minutes to get my whole face done :( I'll post it anyway and re-do it in the future.

Also I had a major dumbass moment, I had the jars flipped upside down to take a picture to remember the names in order and as I flipping them around and opening them to get an open jar shot, I opened Princess Mars up the wrong way. My mister has a pink bill statement now.. 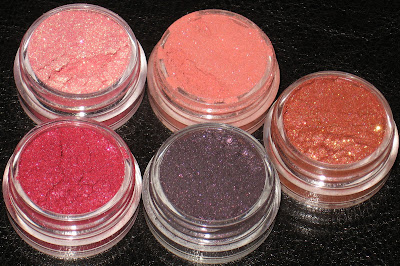 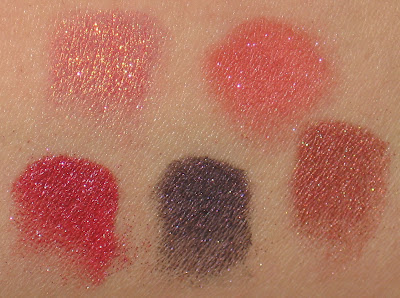 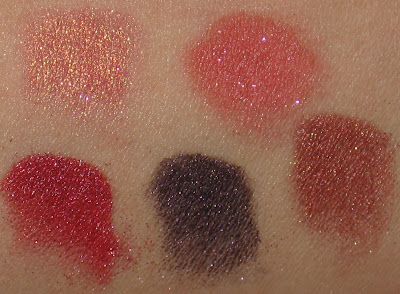 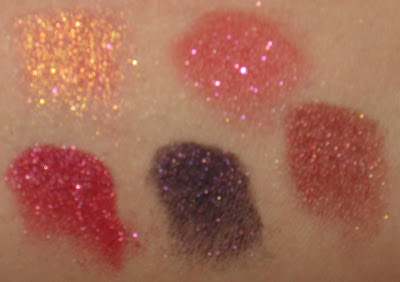 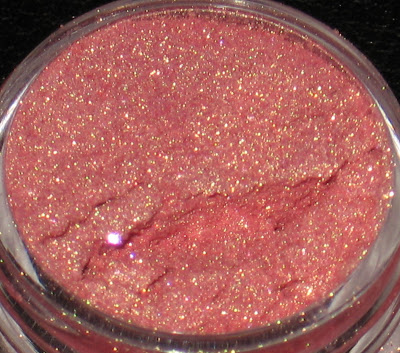 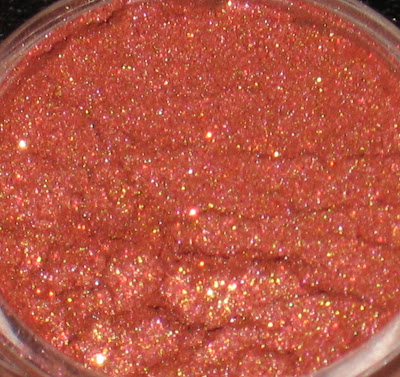 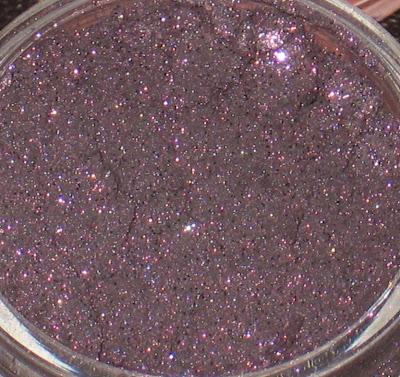 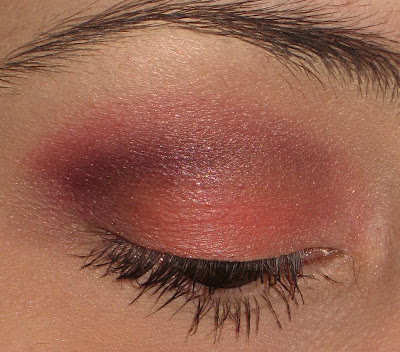 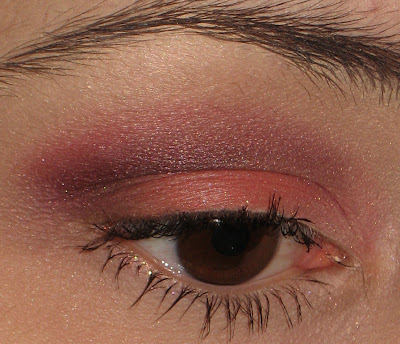 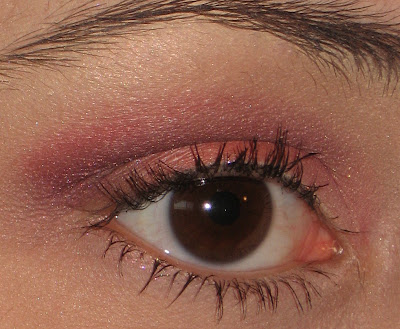 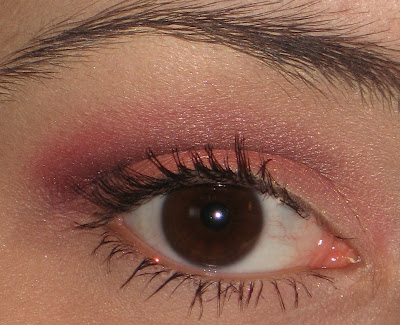 And last, but not least, Victoria's colour descriptions and inspiration for the shades:

***MARS CRYSTAL POWER***
Inspired by the pink & gold crystal power wands and the transformation sequence of Sailor Mars. This is one hell of a duochrome shift from bright red to gold, chock full of pink and gold sparkle! It looks like a pinkish color in the jar, but do not let that fool you!
**Mars Crystal Power is lip safe, but not vegan**

***PRINCESS MARS***
Just a soft touch of super shimmering red, inspired by the dress of Princess Mars.
**Princess Mars is lip safe but not vegan**

***SAILOR MARS*** This is an extremely bright red with purple microfine glitters, inspired by the sailor soldier uniform of Sailor Mars ;)
**Sailor Mars is lip safe but not vegan**

***REI***
Inspired by Rei's never-ending purple-tinged black hair, this shade is a deep, dark blackened purple full of microfine black and purple glitters.
**Rei is lip safe but not vegan**

When my own shopping ban is over I plan on picking up Alya, Carina, Ursa, Lyra and Saggita.