IT'S SWATCH TIME YO!


It was a great excuse to try to salvage the dying primer left in my Urban Decay Pro size Primer Potion. AKA DO NOT BUY THAT SHIT. Unless you are making up like, 20 faces a day, everyday forEVAR. Waste of money. Look at my poor tube. 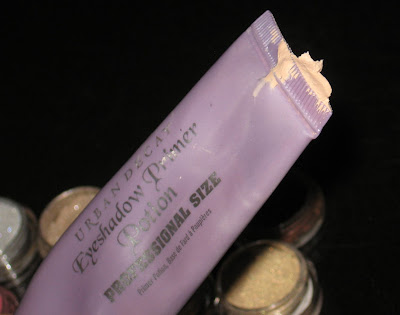 It got so thick, it came out the bottom. LURVELY EH?

Sorry, my inner Canuck just popped out to say hi there.

And apparently my inner British Columbian because I just fixed the typo that said "high there".

Getting off topic as usual.

Back to srs bsns

This was my order from Fyrinnae from the middle of August. It came ages ago but I'm a procrastinator extraordinaire, so swatches were held off.

Aparently I was on a pink/gold/neutral kick

Here are the pretties 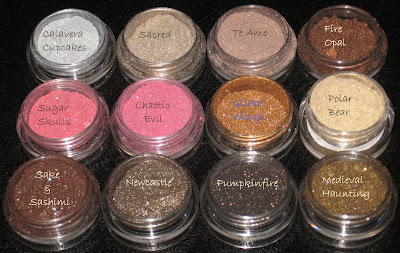 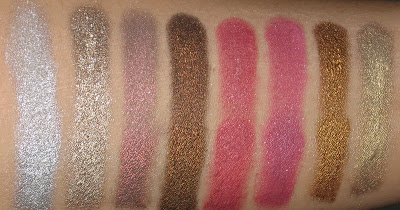 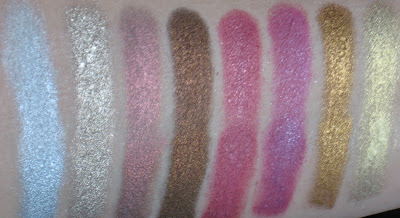 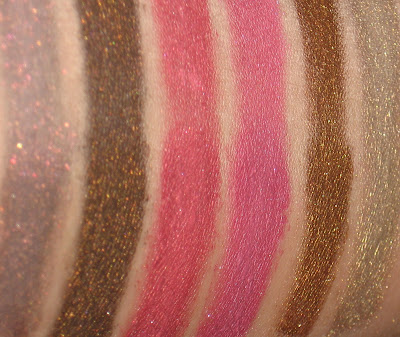 Group 2 'cause my arm isn't that long:

Sake & Sashimi, Newcastle, Pumpkinfire, Medieval Haunting (these 4 done over new UDPP, tired of fighting over the evil one) 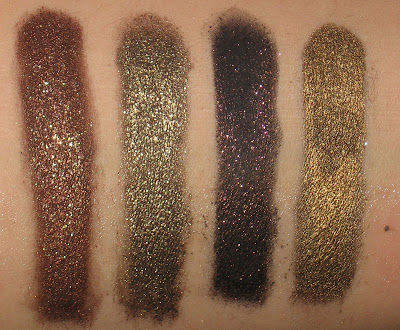 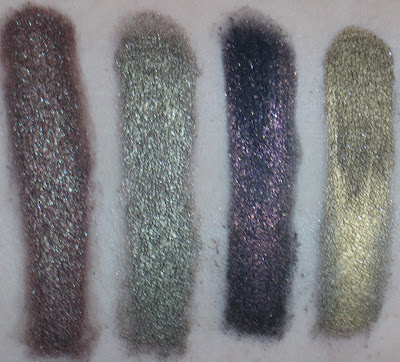 You can kind of see the green sparkles in Sake & Sashimi better in the shitty windowlight picture. I wish I knew the magic words to make window light/no flash pics not look like blurry ass. But tis okay! It seems sparkles show better in blurs anyway.

It's one of those things you have to ask yourself:

What Would Temptalia Do?

Yeah I linked her, for those who don't know who Temptalia is, yet manage to find me instead. IMPOSSIBLE, I KNOWZ IT.

Also I lied on what book I was reading next when I said THIS ONE in that last post because I made it through a chapter and realized I was in a more smart assed mood and decided to give THIS ONE A GO instead. (First Grave on the Right by Darynda Jones for those wary of my ninja linkage skillz) It was pretty fantastic. I'm 1/5 of the way through the second one now.

Sarcastic smart ass arrogant characters are TEH BESTEST. We need more books like that. Instead of mopey sad emo Bella's...

And that, grasshopper, is how you take a post on something, and manage to throw it off track many, many times.