I spent a huge chunk of this long weekend swatching a bunch of Meow collections and finally got around to the Egyptian Treasures.  They came out almost 3 years ago and Scarab was the first full size jar of Meow that I've bought.  I don't know why I'm telling you this because I didn't use it in this look.  I JUST FEEL LIKE TALKIN' OKAY?!

So now that I know what all the colours look like when they're not in baggies and jars (because they look almost identical that way!)  I decided to do a kind of ancient Egyptian makeup look.  Ever since I was little I was always in awe of the Egyptian makeup looks, the straight double liner, lots of black. So pretty.  My look kind of sucks.  I'm not that creative, my answer is usually just add funky eyeliner and voila!
One day I'd like to try to re-create the makeup done on Anck-Su-Namun from the Mummy.  She wasn't really in that movie much but the character stuck with me even then because HELLO KICK ASS MAKEUP!
It's hard to find a good closeup though, I may just have to pop the movie in and play-pause until I get a good screen cap.

So enough rambling, here's what I ended up with. 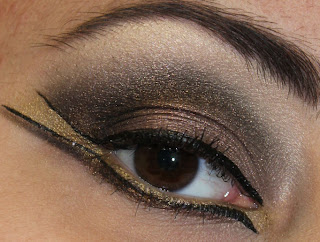 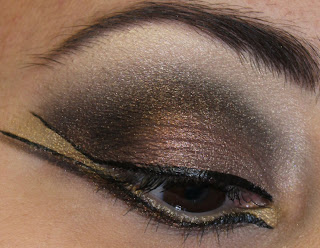 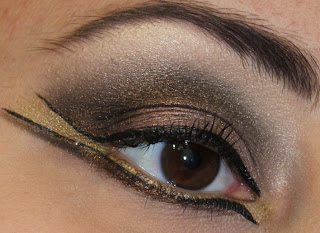 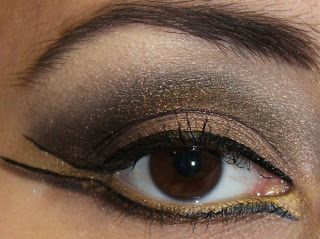 Meh.  Should have brought that first line out higher to eyebrow level at least.  Oh well, I was just playing around anyways :)
That last eye looks like I'm going, "duhhhhhhhh"