I actually managed to hit 500 followers!  Blog-wise!  I didn't go out and beat up 500 people following me around all day.

What do you mean those people were just lined up for the bus?  Eff that, they were totally following me for my trucker mouth and wicked charm.

I've been slowing putting stuff together for a giveaway but, like most times, it could be awhile before I figure it all out.

Procrastinator extreme!  I am the queen of "I'll do it later."  Like this look for instance.  I've been wanting to do a darker red and gold look for awhile now because I love how gold and red look together and I wanted to know what it would look with a lot of darkness in it.  I couldn't find my Bulletproof eyeshadow so I used Femme Fatale cosmetics.  The rest of the colours are all Sugarpill. 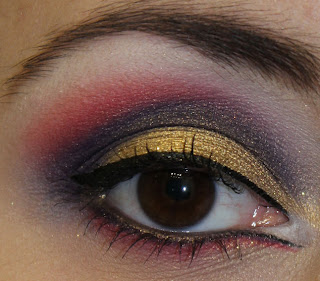 I was using this crappy Rimmel lash accelerator or something and, well, don't use it, it sucks.  It flakes in your eyeballs, doesn't make them grow anyways and just doesn't go on nice.

There you go.  A mini review in an EOTD post.  WIN!

Here's my eyeball some more. 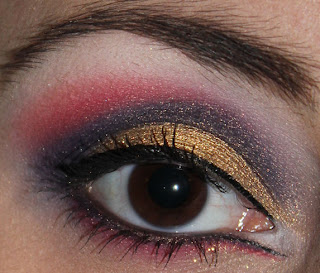 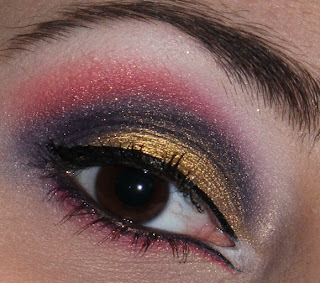 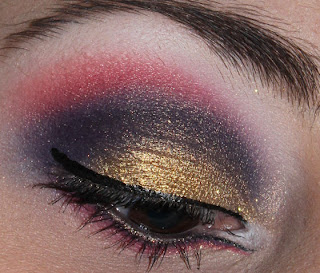 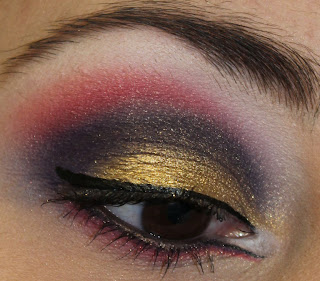 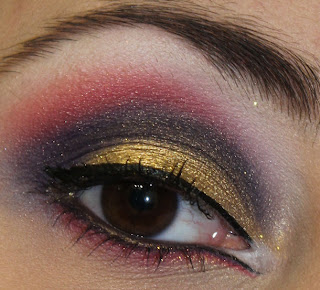 Yerp a bunch of those are the same angles but my bathroom light and living room light kind of change the colour and since I don't photoshop I'm just posting both because I don't know which is more colour accurate :D  Doesn't really matter I guess.  If you have these shades, you already know how badass they are.  Meh.

I DO WHAT I WANT

Like I wanna eat a bologna sandwich right now.