You won't answer me on your blog, I'll just have to ask cyber-space.

Awhile back I ordered 6 jars of glitter from this super bright and colourful Lime Crime site. (Pic will be posted, I WAS a customer, not making things up to DEFAME Lime Crime. Just want an answer)

I thought it was neat to find eyesafe glitter so I bought them when they were on sale for $10 instead of $12. I was still new at buying cosmetics online, so I thought I was getting a truly UNIQUE product. Then I found another site that had glitter as well and ordered 3 sample baggies. I got them a few weeks later and realized they were the same of 3 of the colours I already bought. If I had found this site first I would have only paid a 3rd of the price.

I know it's not possible for a company to create their own "shades" of glitter (except wait, you can Aromaleigh blended a whole bunch.......) But the crazy part was the price for what you get!

Once again, you'll probably think "you idiot, you're the one who dropped $60 on effing glitter" but I will repeat, I was a total n00b! I'm sure a lot of your customers are too. They see shiny stuff and then buy, forgetting to research first. 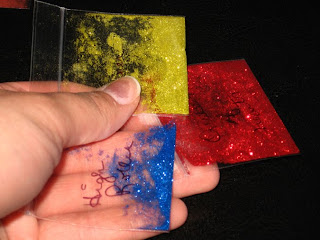 Did you realize this and that's why you stopped with the glitter? Don't you see why people are angry with the eyeshadows as well? We ARE NOT jealous. We just expected unique, original products and got repeats.
Changing the size of your products are not going to change the fact that your colours are very, very similar to the ones bought from a wholesaler. You could have added some kind of shimmer, SOMETHING so people could say "oh, maybe she did mix them herself" except there is no difference.


You cannot tell me to take this post down. I have not made anything up. My country is not the same as yours but we all have our freedoms and mine is:
(b) freedom of thought, belief, opinion and expression, including freedom of the press and other media of communication

Taken right off my Canadian Charter of Rights and Freedoms. No email, no legal threat, no scare tactic is going to make me change my opinion or blog.

You can censor your blog all you want and try to censor everyone else with a less than stellar review but FYI:

Leaving out reviews, posts, making people pull stuff down, all you are doing is fueling the fire.

I'd like to say one last time, I'm not saying your products are repackaged (I don't know this 100% so I will not say that) I will say they are similar and ridiculously priced for something you can get in like 3 other places.

If you "made" more colours maybe people would get off your back. But until then, you cant shut everybody up.

~~~~~Also just found, glitters ARE still being sold for a lame high price at
http://shanalogic.com/item.php?item_id=2231&manufacturer_id=267
Buy it here and lose your money for a tiny jar OR....

Buy it here for half price!! Same colour. (once again not defamation, I actually own the 2 and they are the same, so bite me)
http://bftecosmetics.com/face/cosmetic-glitter/winner 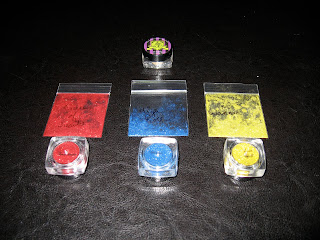