I just keep getting more and more lazy when posting. I sometimes feel guilty for not posting then I remind myself I do this because I want to, not because I get paid for anything so I'm allowed to slack off yo! There are a few looks I want to post but first this one!

Recently I learned about eyebrow threading. I've heard about it before and saw a clip of a salon lady goin' at it and it just looked insane.

Then this wicked video was brought to my attention. Anyone who plucks their eyebrows NEEDS to watch this video. So much time can be saved by learning how to thread your own brows.
Basically you take a piece of string, knot it into a loop, twist it around a few times, place it on your face and scissor the away (nothing gets cut, it all gets plucked like usual)

One thing I've noticed, it hurts less when you do it late in the day. It hurts like hell in the morning probably because you're still waking up and you are ripping hairs out of your face. That's never a warm and fuzzy feeling.

That's about all the pain tips I tell you right now. It's only been a day :D

But I am way more confident in my EOTD pics, I don't have to crop so much eyebrow off because I got rid of most of the annoying little hairs that grow above my brows! I still have to work on removing the tiny ones above my eyelid. I get worried I'll accidentally take off important brow hairs!

Another thing I did today, I used a pigment to fill on the brows! Usually I use this Revlon brow grooming kit (middle shade) but I was curious what a pigment would look like and Phyrra and Blix always use some kick ass colours so I wanted to give it a go. The shade I used was Aromaleigh's Bougainvillea from the Carolina Summer Mattes collection. It's a reddish brown and I have a massive 10gr jar of it thanks to one of my super awesome readers (THANKS MARCEY! :)

On to my face! The lid shades were actually green but the camera made them look more grey. Oh well. 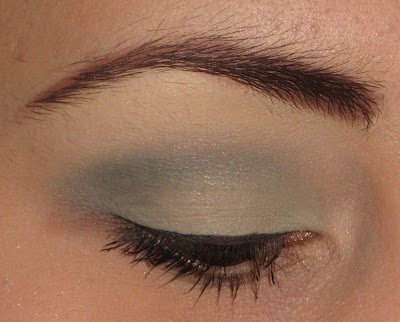 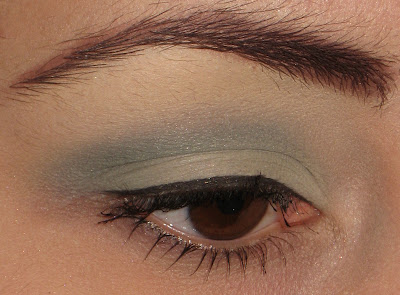 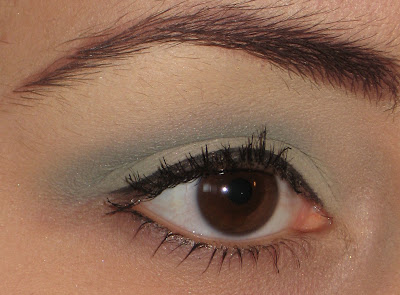 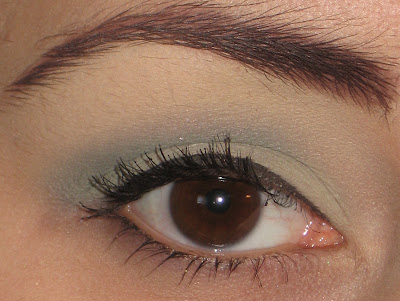 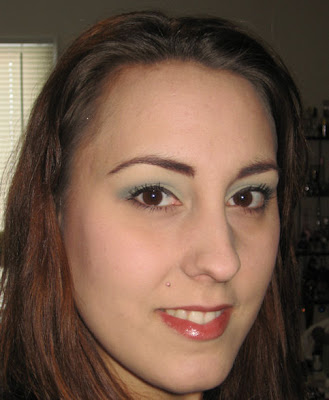 Read this and be disgusted