Okie dokie, so this morning when I posted my anger face I realized it wasn't 100% accurate. I had used a lipstick under neath to be more pink.
MORE LATA

Anywhosies, I don't buy MAC that often anymore unless it's a lip product or blush and even then, I mostly only get some limited editions. There are permanent stock I want but I can't afford too much at a time unlike online mineral makeup shopping (IT'S JUST SO EASY TO GET CARRIED AWAY!!)
Nevermind the anger shopping post... I HAD TO GO NUTS or I woulda had to smack a bitch.

So what was my point again? Ah screw it, I forgot. So here's what I bought on my last paycheque, just 2 itty bitty lipglasses.
Viva Glam Gaga and Schemer from the Leopard Luxe collection. The Gaga one was a total impulse buy. I do want the lipstick still but I heard the gloss is more limited than the lipstick, so I saw it and had to get it.
I guess Schemer was an impulse buy as well. I had wanted the Leopard Luxe quad but realized I really only wanted it for the 2 lighter colours and it wasn't worth it so I passed.

Mark that down in history.

I saw something I originally wanted...and PASSED! I must be ill.

Getting home and plopping these babies in with their cousins I realized Schemer looks so damn close to Gold Dust from the Amber Spring Color Forecast!!

Gold Dust is a bit more orange but look! 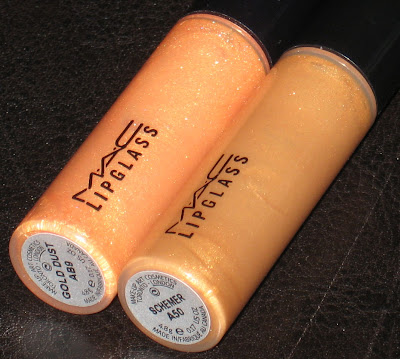 dammit.
If I knew they were THATCLOSE I would have grabbed either Best of Breed or Jealous. Growl. It's a damn good thing I love gold.
growl again. 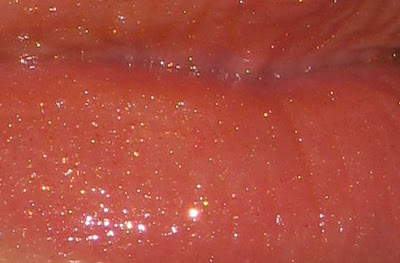 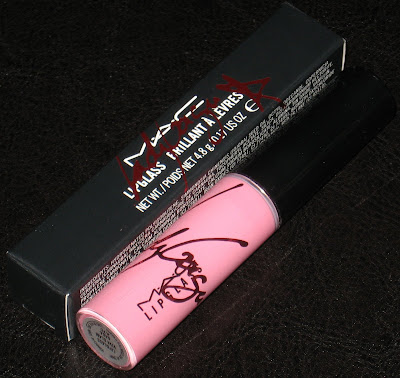 And here it is again

It does that annoying settling in the lines thing. 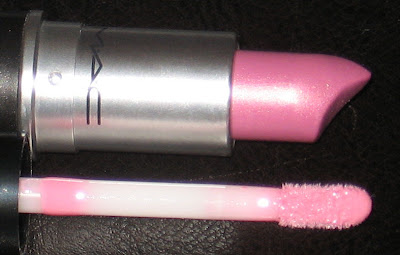