Why mr camera do you decide to ignore awesome details? Huh? There should be loads of green looking back at moi but nooooo, you decide to be an ass. Growly-pants.

I did something similar to this look last year but it was before I knew what a macro setting was on my camera.

Oberon is one of my favourite Aromaleigh shades. It's like MAC Gorgeous Gold's prettier twin sister. I should have swatched to show you, but I'm tellin' ya, it rocks. It was from the Midsummer Night's Dream collection and the first collection I bought 1 of everything as soon as I could because I didn't want a single one to escape me and I'm glad I did. It sucks I didn't know about AL sooner to have snagged the 2 missing ones that couldn't go in the Vault Sale. This collection turned out to be my favourite. It has the most shades I've bought backups of. I can't recall which ones for sure but I know Oberon, Elfin, Helena, Grace and Fairy have been doubled up. The collection doesn't have sparkles in it, just a really fine creamy smooth texture and many of the shades have a funky iridescence that stands out when the light hits them.

Oberon rocks because A) It's GOLD, B)It has that funktastic green iridescence and that's an automatic win. There was a shade in the Valentines collection that had a similar green sheen to it but I wasn't able to snag it before international shipping stopped and then it sold oooooot :(

Here's what I used:

It's hard to tell I put anything on the lower lashline but I promise, 'TWAS THURRR I SWUUUUUR. I tried to smoke it out a bit and ended up rubbing oodles of it off. 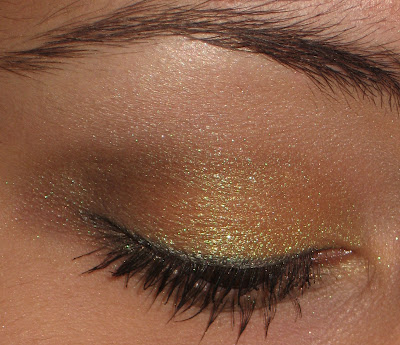 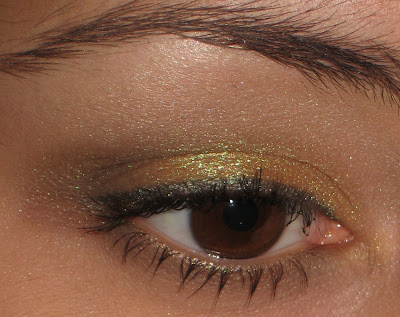 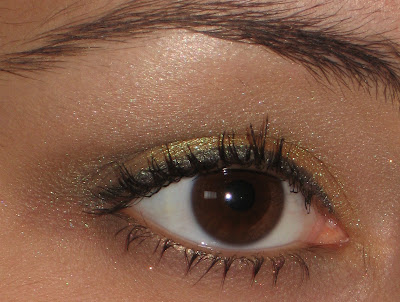 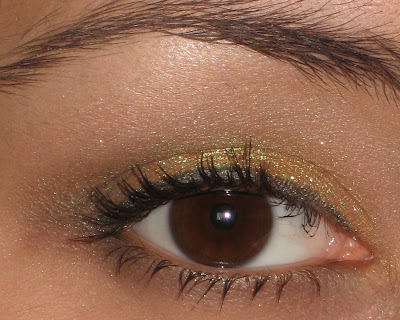 Also! Does anybody have colour descriptions for Aromaleigh collections they can send mah way? Even the Midsummer ones? I'm crap at trying to describe stuff on my own.
Posted by KittenMittens at 10/11/2010 08:23:00 PM