Okay well in this post there is a kind of rainbow, a half assed cut crease and I already ate the caramel apple.

I NOMMED THE HELL OUT OF IT!

A looooooooong time ago I bought 50 Detrivore Cosmetics samples off eBay. It was a pack of her first 50 shades which was pretty sweet! I can't remember what I paid but it wasn't much and the baggies have more in them than any other samples I've had which makes them extra awesome.

As I was looking them all over I decided RAINBOW! Vaccine is such a fun bright yellow I thought it would look awesome next to a bright pink and topping it off with a teal. To make the teal super duper I added a cool mustardy shade to blend it upwards. Yes. I said super duper. CUZ IT WAS! 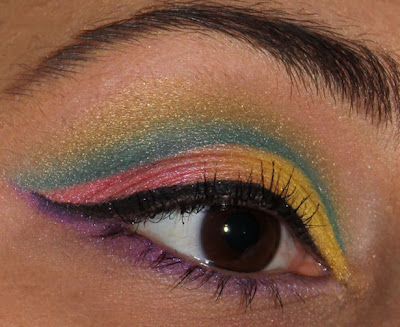 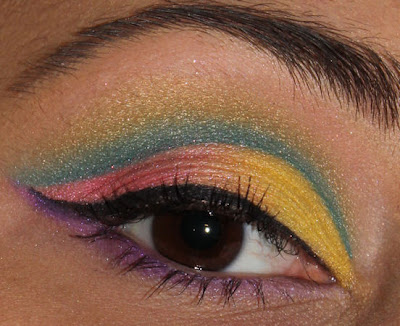 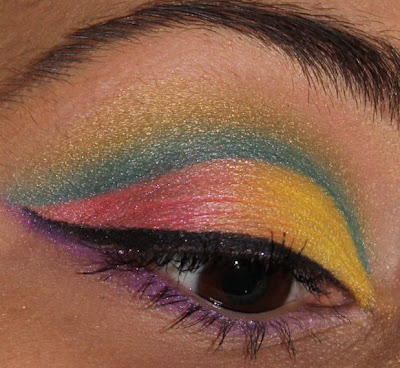 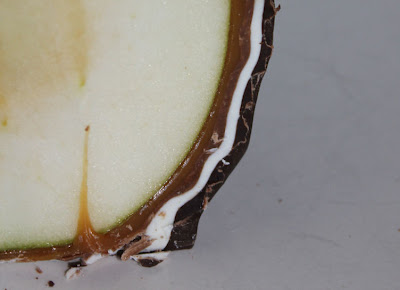 I tried to link those up but blogger is screwing up again. I manually typed in the codes but my preview showed up blank so no winning today!

Vaccine (the sweet ass yellow) is only available for a little while until it sells out so get it here while you can: http://www.detrivorecosmetics.net/Vaccine-Ectoplasma-and-Lurid-LE-set_p_317.html

Highlight shades are only $3 and the mattes are just $4. I kind of feel like a jackass for not having full sizes yet but I'll get there :)