hah! I was in Winners today and I saw the Natural Eye palette and it was just $7. I thought it was weird there was no box and the eye on the cover wasn't wearing falsies so I assumed it was old packaging. Too Faced's model eye is wearing awesome false lashes.

Then I flipped it over and realized it's because it wasn't actually Too Faced and it didn't mention "Too Faced" anywhere on it.

But I had a mini fail and forgot to take a pic of the back.

The names are exactly the same. Heaven looked more chalky in the knockoff. I don't think there were any golden sparkles in Cocoa Puff. And Push Up looked like more of a brownish cranberry shade. I also don't think Erotica had much for shimmer in it either.

I am kind of kicking myself in the ass for not buying it though. Part of me wanted it really bad, but the other part said "STOP BUYING SHIT DAMMIT, YOU NEED YOUR MONEY!!" 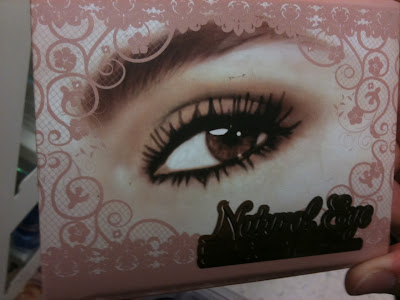 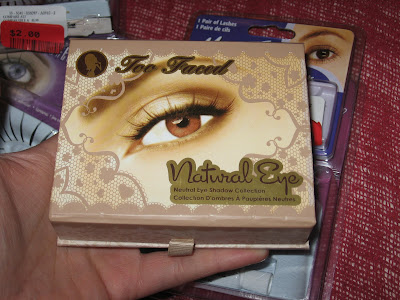 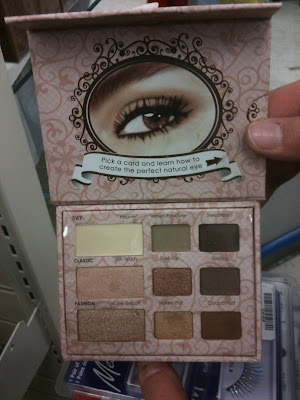 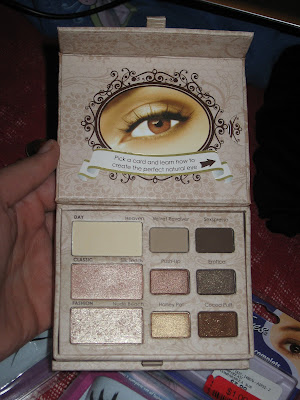 Click on pics to hugeify them and sorry the fake one's pics aren't as clear as the real ones. Fakesies was taken on an iphone that my sir took for me (hence the no back of package fail, I was already annoying him by having him take these 2 lol)

Another reason I didn't buy it even though it was only $7? For the same reason I won't buy MAC knockoffs. You don't know what kinds of shit/chemicals are actually in there. My eyes are bad enough, I don't need neutrals murdering them more!

Would you guys have bought this?

Email ThisBlogThis!Share to TwitterShare to FacebookShare to Pinterest
Labels: too faced