So I just realized I never did post my 80's look for my friends birthday last Friday the 19th. I didn't take many pictures, I didn't like the way it turned out.

It was supposed to be an attempt to re-create Tina's look but with the colours switched up a bit.

Half of it was done while I was still at work so I didn't have all of my stash to help me out in a crisis (for example, that damn blue not wanting to bright-ass it up for me!)

So bitching and boohooing aside, here's my lil bit of fail for the day

The bit of yellow under the blue was accidental. I didn't even realize it was there until I looked back on the pictures. There was still a bit of yellow on my brush when I tried to soften the edge of the blue. Whoopsie! 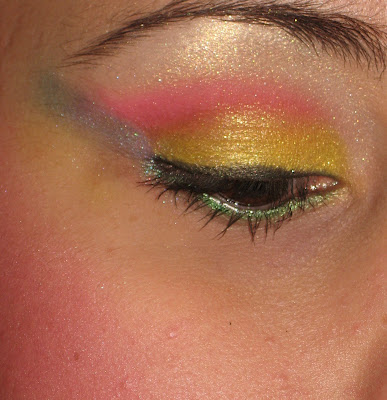 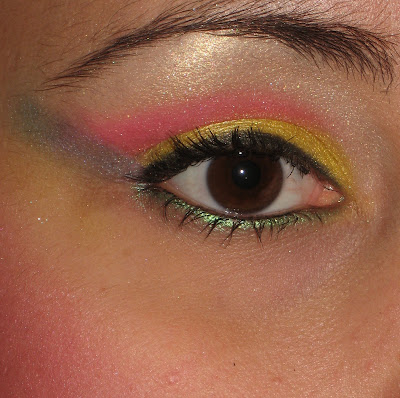 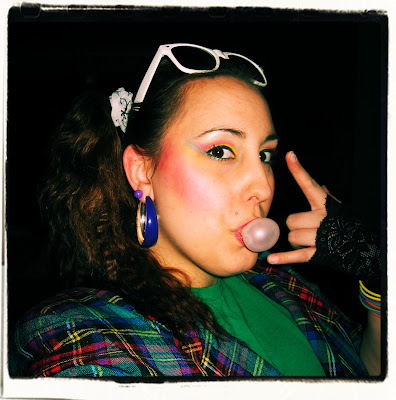 So I went the more crazy bright than everyone at the party, but how the heck was I supposed to know yo? I was colouring in Barbie colouring books for last half of the 80's, I don't remember a damn thing.

On a happy note, I scored a Maybelline Eye Studio quad in Sapphire Siren :D My friend wanted it for the party but doesn't wear makeup much so afterwards, she let me keep it.