Lovenote from a Fairy and and JOY!

I have 2 EOTD's but can't totally remember what I used! Possibly, we'll see if my memory kicks in as I type this.

Number 1! Here is what I wore on Sunday. I was going into a MAC store to get foundation and tried my best to look un-dumpy. They seem to frown on you if you resemble any dumpyness. :D

I think I used:

Lid: Meow Cosmetics Joy (LOVE IT! Need full size!)
Crease: The dark purple in the Wet N Wild Sugar Plums ltd palette
Browbone: AL Matte Peach. I saw Nea's trick for blending and wanted to give it a go.
On top of Peach was either Silk Naturals Sprite or a creamy slightly sparkly shade from a company that is no more.
Lower lashline: Physicians Formula gel liner, the coppery one for brunettes in the glam shimmer whateveritwascallednewcollection.
Mascara: Physicians Formula Glam collection for Hazel Eyes (the metallic bronze) 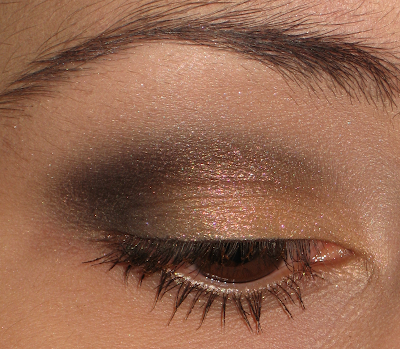 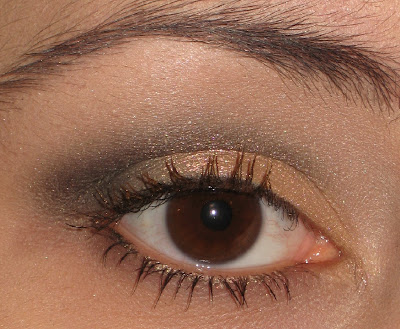 Also an attempt to not look dumpy. I was going into a new Burberry store. My dude has been asking for a Burberry trenchcoat for a few years now and since we moved to Winnipeg July '08 and paid the entire rent for 2 years I decided FINE! He can have the damn coat! (hah! It won't let me copy the image. I could print-screen but I don't want them kicking my ass or breaking down my door and setting the effing coat on fire)
I'm not rich. I didn't go to secondary school, I work in a dirty ass warehouse so I will be paying this off for a few months. But if I take my makeup inventory into account, I've probably spent the same $$ amount on adieu Aromaleigh orders so I just have to limit my makeup buying for a bit that's all! hahah yeaaahhhh, easier said than done. 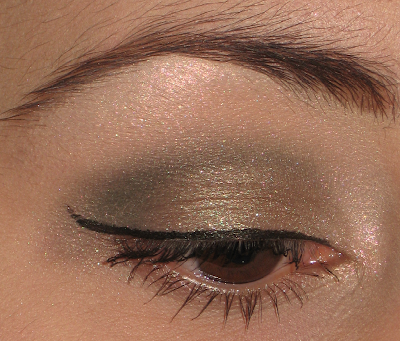 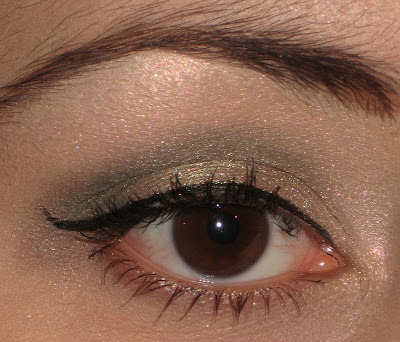 My lining skills blow I know :( It's the damn pen. There is no give to that sucker for the winging part so it just tugs and looks like junk. The more I fuss, the shittier it looks.

Here's a teeny video I took of my brother's kitteh. His name is Sober. He is a boy kitty with Cerebellar Hypoplasia. The cerebellum, the part of the brain that controls motor functions, isn't completely formed so he is a wobbly little kitty. He isn't in any pain, just a little disoriented. :)

The video starts off dark but I eventually clue in and turn the light on.

After trying twice the video may not play. Blogger is being a pain in the ass so here's a shot of the adorable lil guy anyways :D 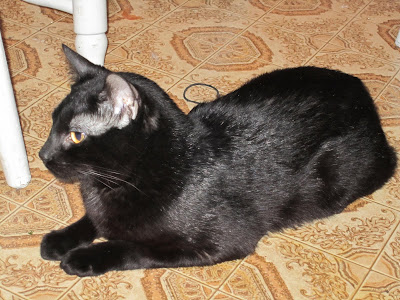 Also, dramatastic right now on the Glittersniffer fanpage. Or kinda. Stuff keeps getting deleted. And now a new page was made. Somewhere. I think I got blocked from it for mentioning the 80's collection being soap dyes and re-packs from recent history and not from "when she first started the company" as she claimed.
Yeah I'm kinda poking the bear right now. I don't fuggin' currr, this is my blog and if I wanna talk random shite I shall :)

Someone may see this as "inciting drama" but I sure as hell would want to know about some sketchy ass company before I decided to shop there (lime crime anyone? yeah, wish I did my reasearch there)