The ebil hangover I had this morning seems to have subsided so...

I totally copied Ms BLIX! Or attempted to anyway :D

UDPP
NYX Jumbo eye pencil in Yellow smeared lightly and evenly for a backup base colour for the sparkles
Aromaleigh Golden Chrysalis in the crease and lower lashline
Random Rimmel nude shade from the Winter Muse palette for browbone highlight
Fyrinnae Pixie Epoxy on just the main lid part
Lame Crime glitter which I wont bother saying the name of for the pure fact that it was repackaged and sold for a ridiculous amount (not mad at the repacked part in this case, it's glitter, but I didn't know I could get the same elsewhere for MUCH less and bought 6 of these damn jars. 2 years ago! And just using it now!)
The equivalent is Aromaleigh's Kerosene I think, and BFTE's Winner
Body shop craptastic liner (I really have to get myself a regular one!)
Rimmel Lash Maxxx mascara in black 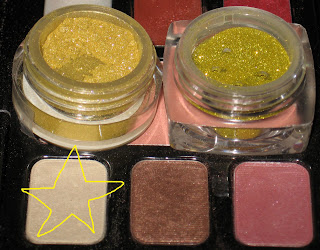 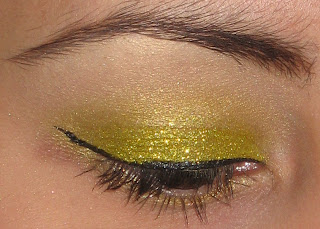 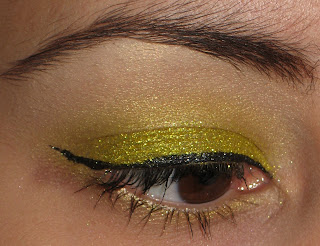 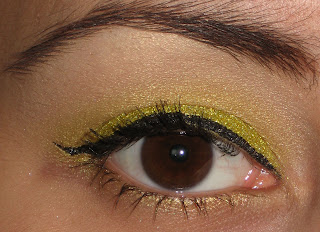 I used the blemish fixer tool to get rid of the millions of spots on my face that foundation wasn't able to hide just so you didn't get distracted by my skin fail and can focus on the wickedness that is ze GLITTAH!


After doing this look I think I'm more comfortable playing with glitter now. I have about 15 little jars I was scared to use and there are 2 other AL glitters I'd love to do a look with, Nowherefast and Shakeitup, I just have the sample bags, but would love to get f/s in the future.
Posted by KittenMittens at 5/22/2010 04:49:00 PM